The view of Boston from the water is one of the most photographed in the city. The South Boston industrial area does not get the same airtime as Rowes Wharf or the skyline of the Financial District.  Rest assured, changes are coming as our city continues to expand.

The Boston Globe reports on “the biggest proposed changes that could emerge in the coming months: expanding what the city considers “marine” to cram more industrial uses on the remaining undeveloped sites. The updated plan could bring buildings that are taller or have bigger footprints. It could also provide for more lab space and new restaurants to serve the park’s estimated 3,500 workers. A second parking garage could be in the works, and improvements to make it easier for boats to pull up.” 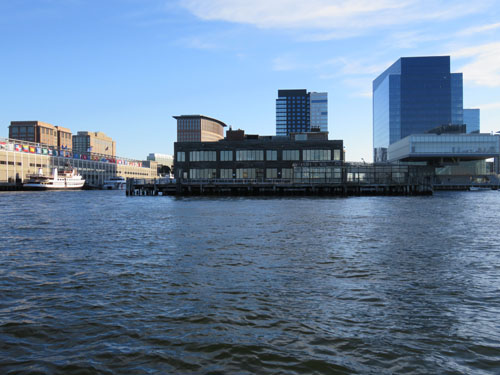 This picture was taken of the former Anthony’s Pier 4 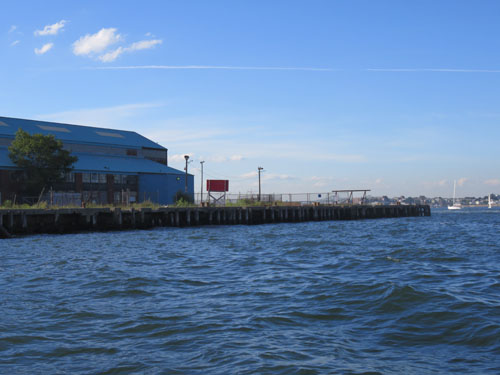 The skyline in South Boston/Seaport has continued to change, and now when you disembark from your cruise ship, your hotel will be steps away. Please expect to see a 13-story hotel by 2017.

The Boston Redevelopment Authority voted late Thursday to allow a hotel developer to move forward with a [405-room hotel located adjacent to Boston’s cruise-ship terminal}. The developer, Harbinger Development LLC, would take out a long-term lease to build a 13-story building at the city’s Marine Industrial Park on the South Boston Waterfront.

Nick Martin, a spokesman for the BRA, said the city agency would begin negotiating with Harbinger, which is seeking a 70-year lease on the site known as Parcel A. Eamon O’Marah, Harbinger’s managing partner, said preliminary plans call for a 275,000-square-foot hotel that would be 10 stories on the side closer to the water and 13 stories on the other. He said he expected the project to cost $125 million.

What does office space look like at Facebook. Have a look hosted by Mark Zuckerberg: Facebook’s open floor plan 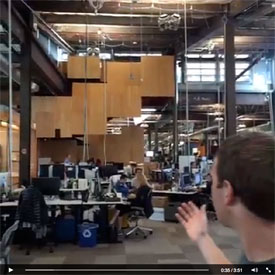 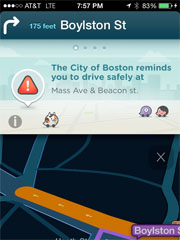 Should your travels to the office take you or your clients through dangerous intersections, turn to Waze to help you in Boston and 4 other cities.

According to the BBJ, “Waze said the app will alert drivers about intersections with a high-collision rates, high-injury rates, vehicle-to-vehicle incidents, vehicle to bike incident and vehicle-pedestrian incidents…Waze will then overlay its crowdsourced incident reports to calculate the intersections or stretches of road that have the highest comparative risk of incidents and injury to drivers and passengers.”

You can read the full article on the Boston Business Journal website. 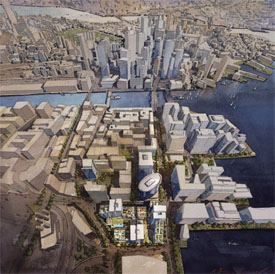 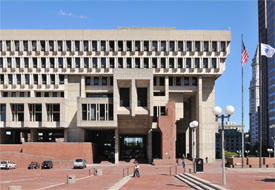 Our mayors wants your ideas for Boston’s City Hall Plaza?  What is your vision for the 200,000 square feet of space?

“We’re looking for a partner with an innovative plan to unlock this potential and transform the plaza into a must-see destination for residents and visitors alike. Together, we want to reimagine the plaza as a thriving, healthy and innovative civic space,” [said Mayor Walsh].

The ideal team will propose a detailed and feasible implementation plan…the partner will be able to add new elements and temporary amenities over a three-year contract period. They will also help organize events and activities and contribute to a campus plan. 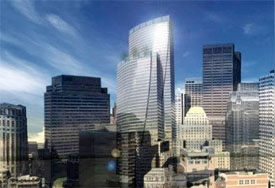 The newest Tech-friendly office tower could be a crucial differentiator in Class A Financial District office space, with delivery in 2020.

According to Bisnow, Trans National CEO Steve Belkin and EVP (development) Justin Krebs want to help Boston become a global financial/tech innovation cluster…proposing “a $900M tower downtown that would include an elaborate two-story 22,500 SF Entrepreneurial Innovation Center that’s free to the public. They hope that the space where financial services pros, tech talent and university folk join forces will help elevate Boston’s brand as a global hotbed of financial innovation. Steve, an entrepreneur who’s launched 30 companies of his own, is also answering Mayor Walsh’s call to help make Boston the world’s innovation leader by 2030.

You can read the full article on the Bisnow website.

Video and drones keep popping up in the news, have a look at the video of Apple’s new campus shot with a GoPro-equipped DJI Phantom 2 drone.  Look for more drone video of once non accessible construction sites.  Drones will need to fly below the FAA’s 400 height and above the private property airspace height.  In the case of this site in Cupertino, California, the max height is 83 feet: 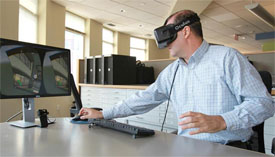 What will it look like?  Let’s take a play out of our kids playbook by tapping into the gaming technology and apply it to proposed architecture.  Tsoi/Kobus & Associates in Cambridge is doing just that by using Revizto to create a digital building.  Put on the virtual reality goggles and let’s go for a walk.

To “enter” a building, the client dons a pair of Oculus virtual reality goggles and gets an immersive first-person view. If she turns her head to the right, she sees what’s to the right. If she walks down stairs, using a joystick or keyboard commands to move, she feels a slight bounce on each step. She can walk through doors or go up on the roof to get a sense of how it will feel to be inside the space.

Another magical part? All of this can be done before a contract for a building is even awarded and could eliminate the need for creating life-size physical mock-ups out of plywood — making the whole process much more efficient.

Office space is used far differently today than 25 years ago. Production is no longer measured by how much time you log in a seat at your desk, but rather what is accomplished by the day’s end. Some jobs still require sitting in a specific seat — lab technicians and receptionists are the two that come to mind — but those restrictions are becoming less and less applicable to the majority of professions.  At our company we offer a wide variety of options for our team members, much of which is a direct result enhanced virtual desktops. Only a few years ago, you had to sit at your desk in order to access your computer and critical electronic files; now your electronic desktop can follow you. 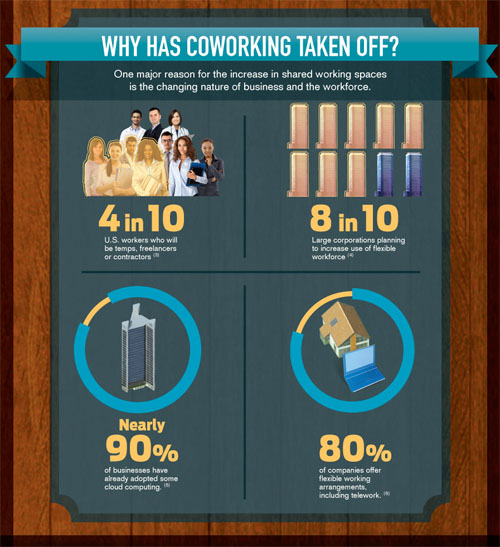 An article from MBAcentral on coworking spaces observes “the changing nature of business and the workforce [noting] 4 in 10 U.S. workers…will be temps, freelancers or contractors, 8 in 10 Large corporations [are] planning to increase use of flexible workforce, Nearly 90% of businesses have already adopted some cloud computing. [and] 80% of companies offer flexible working arrangements, including telework.”