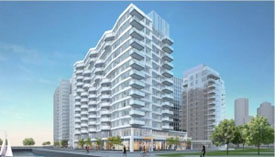 Real Estate investment in Boston grows to the four corners of the world with an investment into Pier 4 with Tishman Speyer. 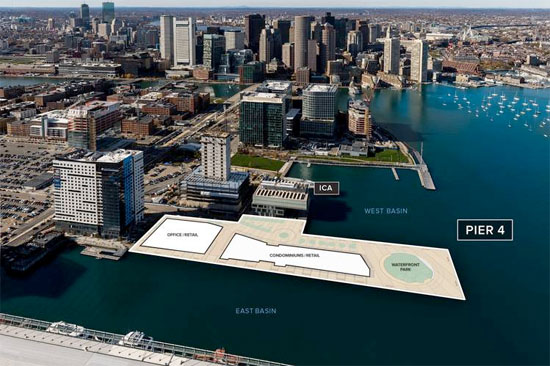 From the Wall Street Journal:

China’s two largest insurance companies are making their first investment in U.S. commercial real estate, buying a majority stake in a $500 million project in Boston…The Boston development includes a 13-story office building and a nine-story condominium tower with 100 units. The project in the city’s popular Seaport District will take up most of Pier 4, which was known for Anthony’s Pier 4, a popular restaurant that was closed two years ago as plans for redeveloping the site progressed. 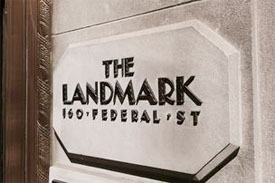 Beacon Capital continues to add to their portfolio by purchasing 160 Federal Street with is located at the corner of Federal St. and High St.

According to the BBJ, “the deal for the 351,000-square-foot, 24-story Landmark Building “was financed with a $96.2 million mortgage from Metropolitan Life Insurance Co., a separate Suffolk County record shows. The mortgage was executed April 10…Taurus bought 160 Federal St. in April 2007 for $101.4 million, Suffolk County records show.”

Additional details are available on the Bizjournals.com. 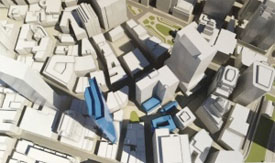 The Boston skyline is poised to see significant change of the next five years as projects that are under construction come online.  115 Winthrop Square is getting attention and might be home to Boston’s second tallest building if O’Brien has anything to do with it.

According to Banker&Tradesman, “developer Thomas O’Brien of Boston-based HYM Investments is proposing a 69-story, 780-foot-tall residential tower that would become the city’s second-tallest building, just 10 feet shy of the Hancock Tower…O’Brien was one of eight developers who submitted proposals to build a skyscraper in the Financial District. The Boston Redevelopment Authority sought proposals for a one-acre parcel currently occupied by the municipal garage at 115 Winthrop Square. O’Brien’s plan calls for a substantial redevelopment of the square, including a new Boston public school and a relocated St. Anthony Shrine, friary and ministry center. Under the O’Brien proposal, the church properties and school would be built on the former garage site and a residential tower with 11,000-square-foot floor plates would be built on the former shrine property.”

The HYM Investment Group can be seen, here. 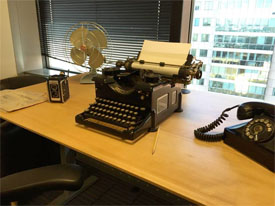 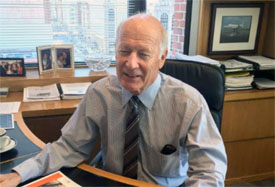 Bob Epstein can teach us a few things about remaking duds into destinations.  Lafayette Center was that dud that wasn’t getting any airtime from prospective tenants, despite location, large floor plates and infrastructure.

“At Lafayette City Center, they also saw a property with ‘good bones and upside potential. It has high, 14-foot to 17-foot ceilings, expansive column spacing of 30 feet by 36 feet and big windows. As the downtown vacancy rate falls, rents are rising but Downtown Crossing is reasonably priced, Tom tells us. Its rents in the high $30s/SF to $40s/SF compare well to Back Bay rents in the $50s/SF and Cambridge hitting the $60s/SF. Downtown Crossing is still a value play. But back in 2002, Abbey Group saw that it—like Fenway in the ‘90s and Back Bay in the ‘70s—was undervalued,” according to a Bisnow editorial.

The full Bisnow article is available on its website. 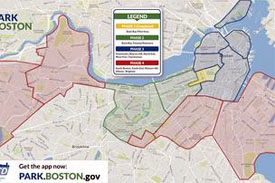 No change no problem according to Boston City Hall.  Paying for parking at one of 8,000 app friendly meters has arrived in Boston.  Visit ParkBoston to learn how.

Boston Mayor Martin J. Walsh on Wednesday announced the expansion of the ParkBoston app to include all of Boston’s more than 8,000 parking meters. The program had been tested in a portion of the Back Bay for the past couple of months…The app allows drivers to remotely pay a meter with their mobile phone, avoiding the hassle of finding quarters or running back to the meter to add more time before it expires. The ParkBoston app has been downloaded over 15,000 times and has been used in over 12,000 parking transactions, according to the city.

From the Real Reporter:

Besides the current investment climate that has Boston among the most popular destinations for institutional and foreign capital, observers claim the move is likely a combination of the natural life cycle of the landlord’s tenure in the property that began in Oct. 2008 when the 600,000-sf structure was acquired for $192 million with partner Commonwealth Ventures. “They figure this is the right time to do it,” says the source who praises Bentall and CV for repositioning an Art Deco building dating to 1948 that was badly in need of an overhaul when the asset previously known as 185 Franklin St. was offered up for sale by Verizon. 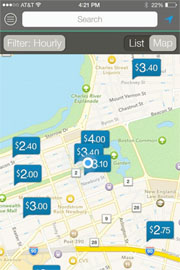 Parking in Boston: we need and it and it can be hard to find and expensive.  Spot Park puts private parking space owners in touch with those looking to rent them and charges a 15% fee.  Boston has been the pilot city and having just raised under $1M Spot Park will be expanding to 7 other U.S. cities.

Founder and CEO Braden Golub notes in the Boston Business Journal that Spot Park “‘now has 14,000 Boston users…this is a perfect test market for us, because Boston is notoriously difficult to find parking in,’ Golub said in an interview. ‘We think if we can make it work here, we can make it work in other cities’…Through its mobile app, the company allows drivers to book and pay for hundreds of Boston-area parking spots available from homeowners and apartment-renters. Spot Park takes a 15 percent cut off of every transaction.”

Job openings are abundant at Amazon’s Echo in Cambridge at 101 Main Street in the Kendall Square.  Echo is a wireless gadget that doubles as a speaker and voice prompted remote control.

According to a BBJ article, “Amazon has an entire floor in its Kendall Square office dedicated to teams working on the Echo. The company has leased six floors at its 101 Main St. office in Cambridge with enough room for up to 800 employees.”

101 Cambridge Street is a 341,830 square foot 18 story building owned by RREEF.  Some of the tenants according to CoStar include: