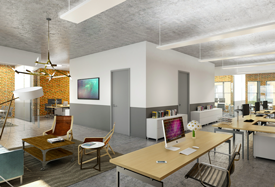 Newbury Street has been a passion of mine since the early ’80’s when I spent time doing deliveries for my late father’s art gallery. Thank you to: Bisnow, Aaron Twersky, David Gerzof Richard, AVALT, Asana Partners, Jamestown, Dartagnan Brown, UrbanMeritage, BIGfish Communications

The Newbury Street ‘super-sub’ market has continued to develop and flourish since that time into its current iteration, where “the spaces above the ground floor are now some of the most desirable workspaces in Boston. These 207 buildings in Back Bay form a submarket within a submarket, a working enclave totaling over 3M SF. Properties on Newbury Street are able to leverage a built-in cool factor that most office buildings and new developments can’t duplicate. Unlike other Boston submarkets with seasonal attractions, Newbury Street is a year-round destination — the neighborhood has a perpetual energy,” according the Bisnow.

“You never have to leave the street. Every possible food and beverage option, as well as every type of service, is just steps from your office front door,” Back Bay Association President Meg Mainzer-Cohen said. “Newbury Street is also a stone’s throw from a park system that is one of the best in the country, including Boston Public Garden and the Esplanade, making it easy to step out and recharge.”

You can read the full Bisnow article on its website, here.