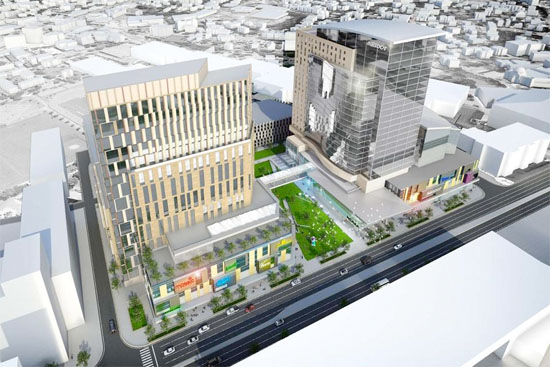 The state agency’s relocation to Tremont Street, across from the Boston Police Department headquarters, would offer a huge boost to steadily unfolding efforts to revitalize Roxbury. In addition to helping fill parcels that have been vacant for decades, the transportation building would bring thousands of office workers to the neighborhood, at a time when several developments would add dozens of retail stores, several hotels, and hundreds of homes to that section of Roxbury.

MassDOT would occupy up to 800,000 square feet of office space in the project, which would also include a hotel, 300 residences, offices, and 350,000 square feet of retail and restaurant space. It would probably take several years for the new transportation building to be constructed.