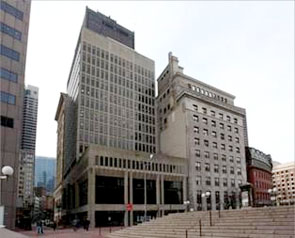 As a society we are living in changing times that for me is hard to imagine, specifically I am referring to the events of April 15th during the Boston Marathon. Our city was on the worldwide stage for those events along with an abundance of images and video, begging the question, do we have too much or not enough video surveillance? The Financial District is comprised of 272 buildings and 42,322, 270 RSF, with nearly 240 public and private cameras, according to CoStar.  Is that too much or not enough?

A Business Week editorial notes, “a pedestrian who strolls through Boston’s Financial District, an area of about 40 city blocks, can be seen by at least 233 private and public cameras. In the aftermath of the terrorist bombing there on April 15, Boston Police Commissioner Edward Davis wants even more cameras to boost street-level surveillance, said spokeswoman Cheryl Fiandaca. Other cities, too, now may be spurred to expand their systems, which security specialists said will fuel sales growth in the $3.2 billion video surveillance industry.”

For additional information on the growing demand for video monitoring, jump over to Business Week. 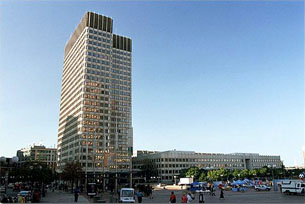 The Commonwealth ranks high among its peers nationally for energy conservation.

According to a Boston Business Journal report, two Bay State buildings, the JFK Building in Boston, and the J.C. Penney in Peabody, stood above its competition in terms of energy conservation.

The BBJ details the criteria, “competitors tracked their building’s monthly energy consumption using EPA’s online energy tracking tool. Energy use reductions for each top finisher were verified. Energy use in commercial buildings accounts for nearly 20 percent of total U.S. greenhouse gas emissions at a cost of more than $100 billion per year.”

To read more about the JFK Building and the J.C. Penney that earned the green accolades, jump over to the BBJ online. 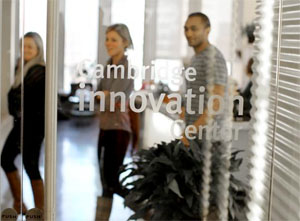 The circumstance that occurred at the Boston Marathon prior to Monday seem unimaginable in Back Bay. Our office is located between the two blast zones, and as a result we are not permitted in.  The offer of temporary office space to those uprooted by a combination of companies is truly generous and deserves a thank you.

The Boston Globe has highlighted several coworking spaces offering free access to those impacted by the Boston Marathon bombing; below is a list from the Globe article (via Space with a Soul):

END_OF_DOCUMENT_TOKEN_TO_BE_REPLACED 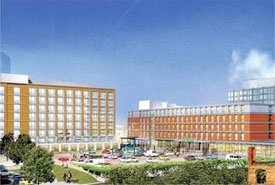 Ink Block is on the move and the transformation of the Herald’s HQ will commence later this year.

The Boston Business Journal reports on the construction, noting the Ink Block is “designed to re-imagine the former Herald site in the South End at Harrison Avenue and Traveler Street, Ink Block will feature 475 apartments in five buildings and 85,000 square feet of retail space, including a flagship 50,000-square-foot Whole Foods Market, which will be the chain’s largest location in Boston and the first-ever full-size grocery store in the South End.”

For additional information on the former Boston Herald HQ, jump over to the BBJ’s full article. 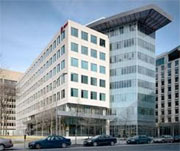 Is rent control coming to the Cambridge office market? Cambridge is moving to create price-capped office space for start-ups in Kendall Square.

According to a Boston Globe article, Cambridge “is poised to become the first community in the country to require commercial developers to set aside lower-cost offices for start-up companies and budding entrepreneurs.”

The full Globe article is available on the BostonGlobe.com.

Multiple media outlets and commercial real estate firms are saying the same thing; the office market has made up for recession losses. This is primarily attributed to the following: financial, life sciences, technology, biomedical and engineering firms.

A Boston Herald editorial delves into the numbers further:

“The first quarter started with strong leasing activity in several sectors, from financial to life sciences, technology, biomedical and engineering firms. The vacancy rate in Greater Boston dipped below 15 percent for the second quarter in a row, yet spiked 27 basis points because of a number of spaces that were known to be coming to the market, including Monitor’s 196,000 square feet at 2 Canal Park in Cambridge and IBM’s building at 5 Technology Park in Westford.”

Follow the link to read the full article on BostonHerald.com. 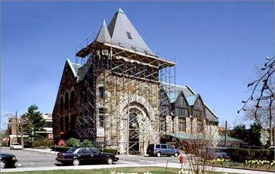 The recovery is well underway which is evident by the downtown vacancy rate dropping below 10 percent.

According to a Banker & Tradesman article, referencing  a Jones Lang LaSalle (JLL) report on commercial leasing, “Boston is officially in growth mode and has exceeded its pre-recession jobs peak…high-tech and life sciences continue to grow, at 9.8 percent and 5.9 percent year-over-year, respectively.”

Additional details on the commercial market recovery are available on the Banker & Tradesman website. 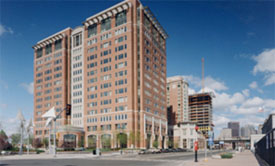 The Seaport continues to attract tenants and residents as well as investors that want to partake in one of Boston fastest growing markets.

Biznow interviews various tenants and investors to get their direct take on the transformation of the Seaport and Innovation District. You can also jump over to our submarket overview of the Boston Seaport for more information on what the neighborhood offers local businesses. 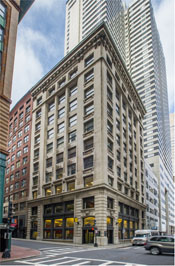 We have seen the largest decline in vacancy rates in Boston since 2009, to just below 10 percent.

Banker & Tradesman breaks down a recent report from Colliers International, noting, “the first quarter represents the eighth consecutive quarter of positive absorption in the Boston market. The downtown submarket was the tightest space in the city, with a 12.7 percent vacancy rate at year-end. The Financial District was primarily responsible for the solid results with 278,000 square feet of positive absorption, followed by the Seaport at 125,000 square feet.”

The full article is posted on the Banker & Tradesman website. 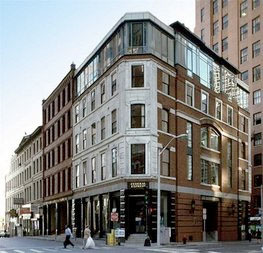 Boston is on the move and the migration of tenants downtown continues. Rents continue to rise while vacancy continues to drop; that signals a recovery. The next piece that is on the forefront is speculative construction, which usually appears when vacancy drops below 10 percent.

The World Property Channel, quoting figures from Jones Lang LaSalle, notes that “high employment in the high-tech sector and life sciences are the industry’s major drivers in the region’s recovery, growing at 9.8 percent and 5.0 percent year-over-year, respectively.”

Additional figures are available on the World Property Channel website.