Traffic in and out of Boston is going to look a little different if Amazon HQ2 comes to town. Boston Harbor could host the seaplane shuttle to New York and other future destinations to help alleviate the added burden. 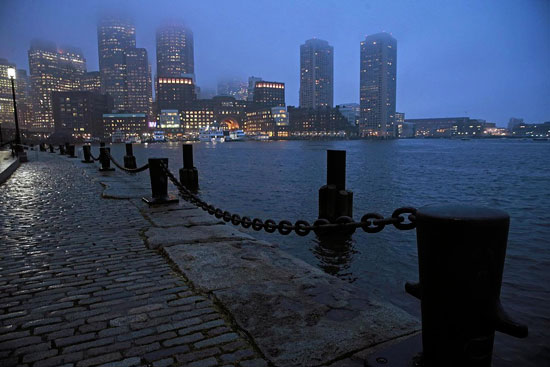 Boston and Somerville were identified together by Amazon last week, though they bid separately on hosting HQ2, which could cost $5 billion and bring 50,000 new jobs. The bids identify numerous perks and benefits for the company, with Boston promising seaplane service if it is selected.

“Establishing seaplane operations in the Boston Harbor will provide scheduled service between Boston and New York City, providing additional means of transportation between these two major metropolitan areas (in addition to bus, train, and air),” the bid reads. “There has been considerable collaboration to date with government agencies on the feasibility and implementation of this service.” 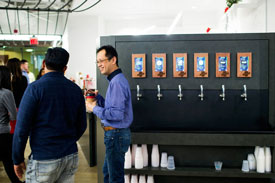 We too can play at that game! That sentiment is being echoed by landlord’s and is resulting in upping the ante game within Class A towers and Class B midrises. Landlords across the spectrum are looking at where they can add amenities in what has traditionally been poor-performing or unleaseable space.

Companies in every industry, from autos to retail, have been scrambling to adjust to millennials’ tastes and expectations, and commercial real estate is no exception…big landlords are spending millions to inject Silicon Valley playfulness into aging towers in big cities. They’re in an arms race against new construction and co-working businesses such as WeWork Cos. “The way towers were built in the 1980s, they were a monument to the corporation,” says Lisa Picard, chief executive officer and president of Equity Office, a Blackstone unit that owns office buildings. “Now, if it feels corporate, that’s the kiss of death.” 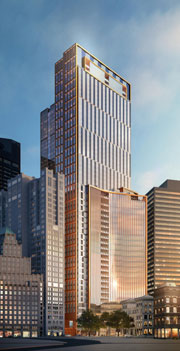 What does the shorter Winthrop Square tower now look like?

According to the Boston Business Journal, the refined Winthrop Square tower will include the following:

The update follows an ongoing discussion around the impact of the shadows cast onto the Boston Common given the tower’s height, orientation, and location.

Class A landlords are continuing to update and upgrade their assets to address the evolving needs of today’s tenant. The 402-foot, 41-story Class A tower at One Post Office Square was built in 1981 and is 832,000 rentable square feet with a typical floor plate of 18,221 square feet.

A recent Banker and Tradesman article speaks to the proposed transformation, noting the office “tower in Boston’s Financial District will get a new glass facade, a roof deck and terraces and an illuminated rooftop glass “lantern”…On the lower levels, a three-story glass pavilion will add 52,100 square feet of retail space and an 8,800-square-foot restaurant…An 18-story addition replacing the existing garage on Oliver Street would [also] contain automated parking and additional office space.”