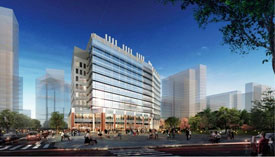 If we build it they will come. This is not the mind set of all owners; those willing to make that bet, however, have been rewarded with new tenants. Only four buildings in Boston can deliver over 150K SF today, while eight proposed buildings can deliver sometime in the future.

According to the Boston Globe, “speculative building has [traditionally] been a rare and risky move in Boston’s relatively conservative development sector. Office builders typically don’t move dirt until they have leased at least half the space they’re planning. It’s a cautious approach that has protected Boston’s office market against the types of booms and busts that some other cities have experienced, but it’s also one reason the current building surge has mostly centered on housing. Now, with growing tech-oriented companies such as Wayfair and Amazon searching for large blocks of space — and finding few — more developers are mulling a roll of the dice…Rather than sign a lease and then embark on a three-year construction project…developers are considering jumping the line.

You can read the Boston Globe’s article, here.