FINALLY, the onslaught of new space slowed (a bit), but still totaled 39 spaces, with +258,000 SF hitting the market as available in the last 7 days, similar to the numbers in July & early August. 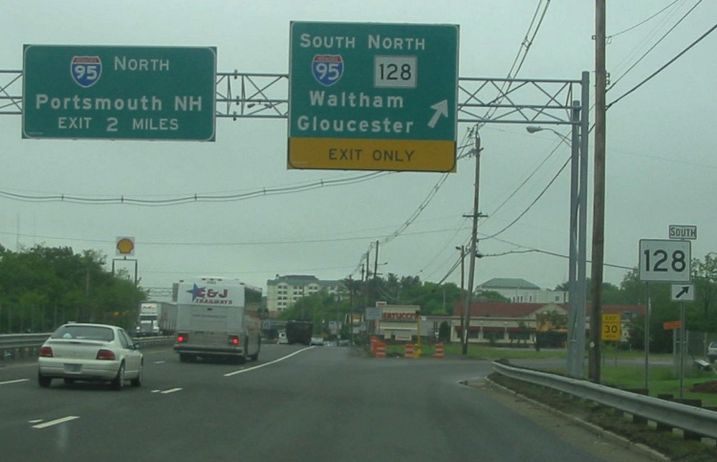 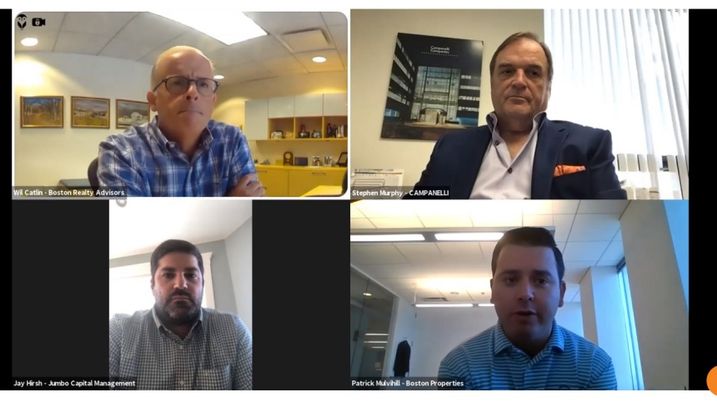 A Summer WAVE (tsunami?) of space has hit Boston: An unprecedented 51 spaces hit the market as available in the last 7 days as a whopping 553,000 SF, easily eclipsing the past few months’ weekly totals.

31 properties in the subject area can provide blocks – and sometimes multiple blocks – of contiguous +50,000 SF suites.

As markets across the U.S. adjust to the new normal, developers and investors are looking for development opportunities outside of major cities, and Boston is no exception. Neighborhoods like Newton or Waltham are seeing a surge of investment during the pandemic. Why now?

Join Bisnow, Patrick Mulvhill, SVP of Leasing at Boston Properties, Ginger Dhaliwal, co-founder & chief product officer at UpFlex, Jay Hirsh, CEO of Jumbo Capital Management and Stephen Murphy, partner and principal of acquisitions at Campanelli highlight development and investment in Boston’s suburban markets and whether or not this migration will last.

Questions to be discussed:

How are suburban schemes funded and scaled?

The onslaught of space coming on market INCREASES: 33 spaces (over 1,000 SF) hit the market as available, easily one of highest amounts in recent memory, equaling 335,000 SF.  That equates to FOUR vacant 545 Boylston Street’s hitting the market – in 7 days!;

The rotation from sublet to direct space has continued.  Either companies are walking on leases, paying to get out of them or giving up on trying to sublease it (“shadow space”);

Like a lot of other real estate activity, the coronavirus pandemic has represented a pause for the luxury condo market in greater Boston. But there are signs that the pause won’t be a long one.

After a period of adjustment to the new realities of the pandemic, buyers who put off buying upper-end properties will soon be back in the market, developers said on Bisnow’s Boston Luxury Condo Update webinar. Demand will rise, but supply won’t rise as far, because it never has in Boston, whose entitlement and zoning process is protracted.

“There are not a lot of silver linings in this pandemic, but it has created a surge in the Massachusetts residential market, both in the traditional single-family bedroom communities in Boston, but also in the Cape and islands,” Boston Realty Advisors Senior Partner Jason Weissman said.

For the moment, that might mean people are looking to live outside the city, but in terms of the ecosystem of Boston residential properties, activity near Boston will ultimately be good for the city market, he said.

“I don’t look at it as losing people from Boston, but as more liquidity in the market post-pandemic,” Weissman said, adding that in many Massachusetts communities, there is less than one month inventory of single-family homes.

There are also hints that, however much cachet upmarket single-family suburban houses might have for the moment (because it is easier to distance oneself in them), buyers are still interested in luxe urban properties.

In June, just one Boston residence listed for over $5M took an offer, while in July, five properties at that price range found buyers, according to a report by David Bates, a Boston Realtor and specialist in the luxury market.

Of the six accepted offers for those months, four were in Beacon Hill, one was in Back Bay and one was in the South End, and they were all new construction or recent rehabs, Bates noted.

When the luxury market does make its comeback, its fundamentals will be strong, because there is a lack of inventory. The amount of condo inventory varies significantly between city neighborhoods, according to Boston Realty Advisors data. In places like East Boston, the South End and Allston/Brighton, there is less than three months’ supply. Beacon Hill has about five-and-a-half months’ supply, and Back Bay has more than six months.

“What that means is, demand will quickly catch up to the supply, once people begin to come back,” Weissman said.

“We see that people are still interested in buying and leasing,” HYM Investment Group Senior Development Manager Julie Livingston said. “We’re going through a pause right now, but people are still craving a return to some normalcy.”

In partnership with National Real Estate Advisors, HYM is developing The Sudbury, which is the first residential building in Bulfinch Crossing in Downtown Boston. It includes 55 condos on its top 11 floors and 368 rental units on the lower floors.

Bulfinch Crossing is the 2.9M SF redevelopment of the Government Center garage. Part of the project involves taking down half of the garage and wrapping three new high-rise buildings around the remainder. One of those buildings is The Sudbury.

One reason for the strong interest, Livingston said, is that people still want to be in the city. The Sudbury has a walkability score of 99, but also quick connections to transit.

“For the sales that are happening, prices aren’t coming down,” Livingston said. “We’re targeting between $3.5M and $6M, at over $2K/SF, and we feel confident in the market.”

Community will be an important concept for downtowns after COVID-19 subsides, and Raffles Boston Back Bay Hotel & Residences will take advantage of that, said Noannet Group founder Jordan Warshaw, whose company is developing the new condo/hotel tower with Cain International.

For example, he said, there will be 16 intimate spaces in the building for residents and hotel guests to meet, a design that will cater to the human need for interaction in smaller settings. That is something the pandemic will not destroy.

“Has there been a pause because of COVID? Have suburban sales taken off? Yes,” Warshaw said. “But people are desperate for community, they live for community, and the place to get it is cities. You can’t change the massive demographic phenomenon of people moving toward community.”

Raffles is an international luxury hospitality brand founded in Singapore, with 14 properties worldwide now. When 33-story Boston Raffles opens in 2022, it will be the first North American location for the brand, which is owned by Accor. The tower will include 147 hotel rooms and 146 residences.

“Boston isn’t a newly developed, cookie-cutter type city, and Raffles is the furthest thing in the luxury realm from a cookie-cutter-type brand,” he said.

Cain International CEO Jonathan Goldstein said that his company is a believer in gateway cities, such as Boston, and in the luxury space. There is an undersupply of luxury space in Boston, he said.

“We have a huge amount of confidence we’re in the right position, notwithstanding the pandemic,” Goldstein said. “Whilst we might, for the next six or 12 or even 18 months, be doubting ourselves or our cities, ultimately human talent will want to be in metropolitan cities, and will want the luxury and entertainment and business opportunities.”

Interesting stats from the past 7 days: sublease & direct – in all cases temp space excluded,  in Mass Ave to the Seaport, South to North Station 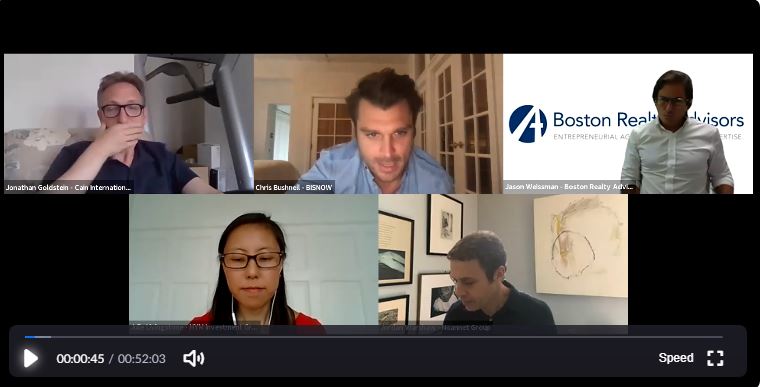 Boston luxury condos have always been in high demand, with expansions from the inner city to the Seaport. Like many markets across the country, tenant activity and demands have evolved and the development process was halted.

What communication with tenants is being had? Are developers noticing that tenant design demands are changing? Will rentals numbers in the condo market grow? Which projects are changing the condo landscape despite the coronavirus and which Boston submarkets are seeing buying activity?

Join Bisnow as we connect with Noannet Group Founder Jordan Warshaw, HYM Investment Group Senior Development Manager Julie Livingstone and Cain International CEO Jonathan Goldstein for a discussion on how the Boston condo market has evolved and what that evolution means for the market moving forward.