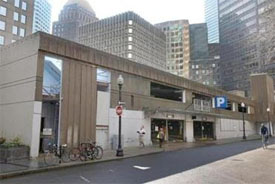 The shuttered garage of Winthrop Square faces another hurdle in the quest for redevelopment.

According to the Boston Globe, “Shirley Kressel, filed [a] complaint Jan. 4 with the state attorney general [alleging] the city and its legal department have repeatedly violated municipal law in an effort to transfer the parking garage to the Boston Redevelopment Authority…Kressel is trying to block the transfer of the garage to the redevelopment authority because she fears the proceeds from the sale of taxpayer-owned land will go to the quasi-public agency. City councilors had an agreement with the redevelopment authority stipulating that the money would go into city coffers.”

You can read more on the latest hurdle facing the Winthrop Square redevelopment project on the Boston Globe’s website.