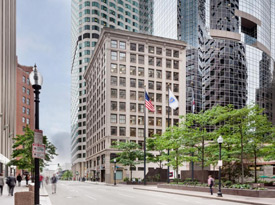 Value in the Class B market continues to be achieved with Synergy’s sale of a 4 building portfolio.

According to Bizjournals.com, the four-property portfolio spans a combined 237,434 square feet and was acquired for an average of $379 per square foot, up by $143 from the $236 per square foot paid by Synergy and GreenOak.”

The BBJ continued, noting “the deal is the latest in a wave of local Class B transactions. For example, Webster-based property insurer Mapfre Insurance bought One Winthrop Square in October for $55 million with plans to move some executive offices there. Boston-based commercial real estate firm Winhall Cos. bought Two Liberty Square in September for $28.25 million, up more than $10 million from the $18 million the property had traded for in January 2013. And New York-based DLJ Real Estate Capital Partners in October accquired 18 Tremont St. for $77.5 million.”
You can read the full article on the BBJ’s website, here.