The Government Center T Stop is at the hallway point in the renovation process.  The stop first opened with the Green Line in 1898 then added the Blue Line in 1916.  In 2013 the average weekday boarding’s was 10,828 and I expect most of those passengers are looking forward to the station reopening in 2016. 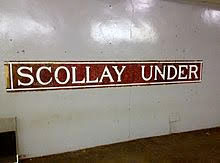 One of the historic “Scollay Under” signs visible before closure; several more were uncovered during deconstruction of the 1963-built station – Source Wikipedia 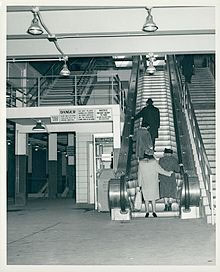 Riders at the then-newly renovated station in 1964 – Source Wikipedia