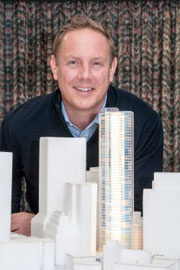 Jason Krebs might be the catalyst to build one of Boston’s newest office towers at Winthrop Square in the Financial District.

According to Banker&Tradesman, “Former Normandy Real Estate Partners executive Justin Krebs is teaming up with developer Steve Belkin to bolster Belkin’s attempts to build a 740-foot-tall skyscraper in downtown Boston…Belkin’s proposal is expected to be just one of several for the site which contains a four-story, 1,125-space parking garage that was closed in May 2013 due to its deteriorating condition.”

You can read the full B&T article, here.