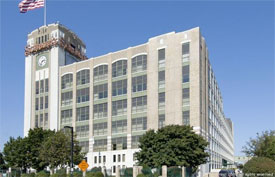 The Commonwealth of Massachusetts holds a few distinctions aside from high office rents and expensive homes; Massachusetts is the highest educated state, and as such, holds the potential to attract top talent.

According to the BBJ, “rents for large office space in Greater Boston hit their highest levels in at least a decade in the fourth quarter of 2015, with the vacancy rate dropping to its lowest level since 2007…The total vacancy rate fell to 13.8 percent from 14.3 percent the previous quarter.”