As it stands now the city and state are at a no vote for the Harbor Garage development of 2 skyscrapers. 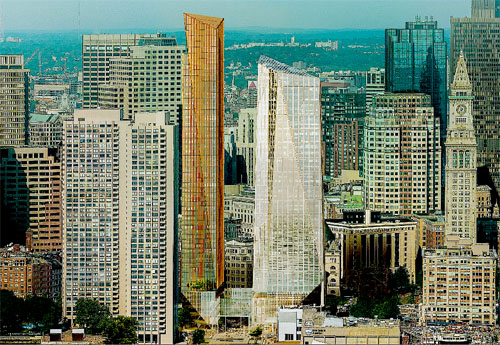 A state official dealt a blow to Chiofaro Cos.’ plans to build two skyscrapers on Boston Harbor, siding with city officials in setting a maximum size of 900,000 square feet and height of 600 feet…Matthew Beaton, the secretary of energy and environmental affairs, backed the Boston Redevelopment Authority’s guidance for the maximum buildout on the 1.3-acre parcel currently occupied by an eight-story parking garage. Developer Donald Chiofaro has stated that his original proposal for two towers totaling 1.3 million square feet is the minimum for a financially viable project.