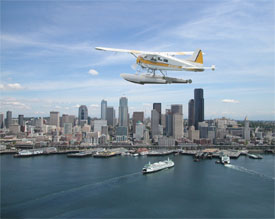 Seaplanes in Boston Harbor?  Well this could be one of the new commuter services being embraced by the city leadership.

According to a Boston Business Journal report, “Boston’s top economic development official said Thursday that the city will launch a waterfront planning effort intended to bring more programming and public access to the harbor while also opening the potential for commercial seaplane service in the years ahead…A waterfront plan would likely join with Imagine Boston 2030, the city’s first comprehensive master plan in the past five decades. It also comes during a construction boom throughout Boston, particularly throughout the South Boston waterfront.

You can read the full BBJ article on its website.