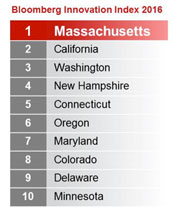 According to Globest, “the strong job market is fueling tenant demand and positive space absorption in Boston and surrounding areas such as Cambridge and the Route 128 markets. The office vacancy rate for Greater Boston ended 2015 at 12.1%, virtually flat as compared to year’s-end 2014. The average vacancy rate for 2015 was 12.2%, the lowest rate since 2002. Class A asking rents in the region rose to $42.06-per-square-foot. Asking rents haven’t been that high since 2002, Transwestern reports.”

You can read the full article on its website.