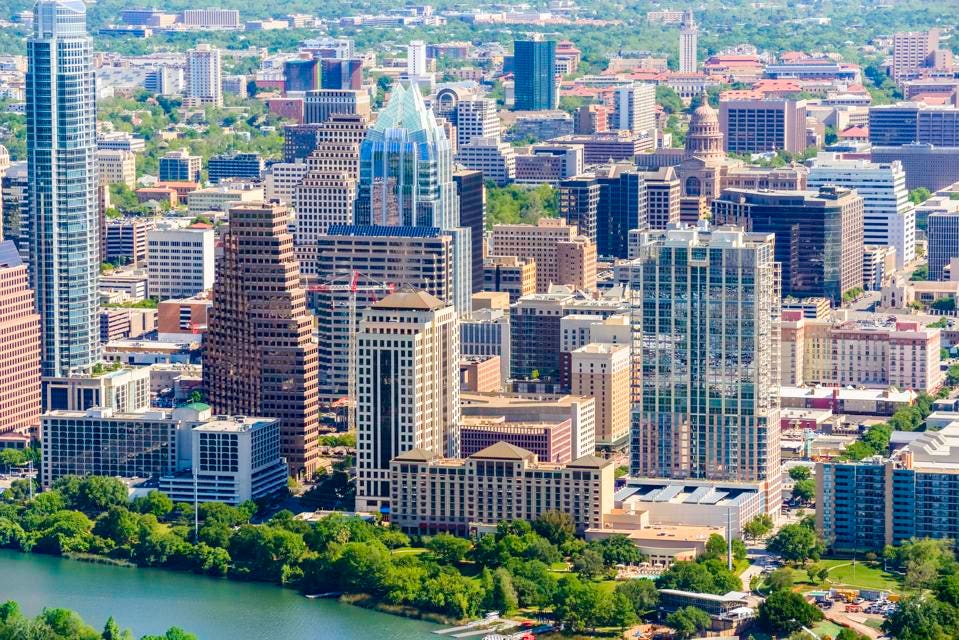 Opportunities are abundant for commercial real estate investing in 2020. Most economists expect the U.S. economy to continue expanding, with volatility in global financial markets making the U.S. more attractive to international investors.

Across the U.S., there’s potential for investors in commercial real estate markets. Seven cities, though, stand out as providing the most exceptional prospects for investment. Below is a list of these metro areas, ranging from large to mid-size, in alphabetical order.

Each has different reasons for making this list, but there are some commonalities. Most of the hottest commercial real estate investing cities for this year are experiencing job growth and a corresponding concern with affordability.

Here are the cities that I see presenting the highest commercial real estate investing potential this year.

Rent growth is one reason Atlanta makes this list. CBRE expects rents to grow more in Atlanta over the next few years than anywhere else in the country, with a projected increase of about 4% between now and 2024.

The “hipsturbia” trend is another reason Atlanta is a hot market for commercial real estate investing. Hipsturbia refers to the increase in walkable, mixed-use developments in a city’s suburbs. These projects are attractive to Millennials who can’t afford to live in expensive downtowns but who don’t want long commutes. Two Atlanta suburbs in particular, Decatur and Alpharetta, are examples of hipsturbia in action.

Economists expect Austin to lead the nation in job growth in 2020. Correspondingly, the city is also likely to add the most people over the next five years. Lower taxes, affordability and tech jobs are fueling Austin’s ongoing economic boom.

Apple announced in November 2019 that it’s building a $1 billion campus in North Austin. The company expects to open the first buildings in 2022 for at least 5,000 employees. As many as 15,000 people may end up working at Apple’s Austin campus, and they will need homes to live in.

While neither job or population growth is forecasted for Boston, and the metro area is only the tenth most populous in the country, it packs an economic punch. According to Bureau of Economic Analysis data we analyzed, Boston is sixth in the nation in gross domestic product per capita.

Infrastructure projects in Charlotte are indicators of this city’s growth. A five-year expansion of Charlotte Douglas International Airport is underway, and the metro area has invested in adding a bus and light rail network.

Low taxes and a business-friendly environment are pushing Charlotte’s development. Both the manufacturing and tech industries are investing in the city, as are real estate investors. The metro area attracted 1.5% of the nation’s real estate investment in 2019. That’s up from 1.2% between 2016 and 2018.

Speaking of infrastructure spending, the Dallas-Fort Worth metro is expanding its Cotton Belt Regional Rail Corridor. The Silver Line, expected to launch in 2022, will connect Dallas and its surrounding counties to Dallas-Fort Worth (DFW) International Airport.

Also at DFW, American Airlines is spending $3 billion to build a new terminal that is scheduled to open in 2025. Amazon’s cargo air service, Amazon Air, is opening a regional hub at the nearby Fort Worth Alliance Airport.

These projects illustrate Dallas-Fort Worth’s growth, an expansion that’s projected to continue. The metro area is not far behind Austin in the number of new jobs foreseen this year.

Nashville is a hot commercial real estate investing market because jobs are arriving in the city. At the same time, rents are rising, with CBRE listing Nashville fifth in the country in rent growth over the next five years.

Two major announcements in 2019 foretell considerable employment growth for the area. Amazon is building an Operations Center of Excellence in downtown Nashville. The $230 million project will add at least 5,000 jobs, and Smile Direct Club plans to hire 2,000 people to its Nashville offices between now and 2024.

Like Boston, San Jose is a high-population area supported by education and technology. Also like Boston, the city lacks enough medium-density housing to meet demand. CBRE expects rents to grow by about 1.6% in 2020.

One thing that makes San Jose stand out from the rest of the cities on this list is that its entire downtown is a qualified opportunity zone (QOZ) created by the 2017 Tax Cuts and Jobs Act. The intent is to encourage economic development and job growth. We don’t yet know if QOZs fuel expansion, but the potential exists for QOZs to spur commercial real estate investment in San Jose’s center.

However, opportunities and risks can shift throughout the year. That’s why it’s essential for investors to track global, national and local economic and demographic trends. Doing so can help you make wise investments while avoiding costly errors.