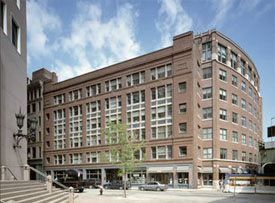 Office space at 200 High Street in the Financial District

Mayor Menino departs in January for Mayor Elect Walsh.  Will our economy grow and prosper with the next administration?  Well, it is a delicate balance that will spur development while maintaining affordability.

Boston.com posted a dense, thought-proviking piece examining the impact of the mayorial change on small business locations and city-based office space. Here are a few notable quotes from the article:

I spoke with a half dozen tech entrepreneurs about their hopes for and expectations of the incoming Walsh administration, and picked up on two major themes…They want the new mayor to help keep office space affordable and to improve public transit in the Innovation District.”

IdeaPaint president John Stephans told me his business, which is moving from Ashland to Boston in January, would have liked to relocate sooner but found the cost prohibitive until it enjoyed several successful years.

“We always wanted to be in the city, as do a lot of companies,” he said. “But I think companies feel priced out, especially young, venture-backed start-ups.”

The full article is available on Boston.com, here.