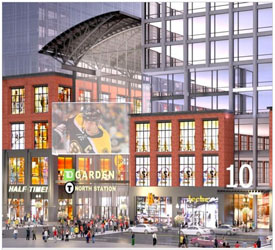 The changing of the guard may have already begun in the corner office at city hall.  It will be interesting to see the outcome of the vote on December 19th by the BRA on a 1.8-million square-foot project around the TD Garden.

According to the Boston Business Journal, “Menino has bristled at suggestions from mayor-elect Walsh and former mayoral candidate John Connolly that the BRA lacks transparency. But the administration’s unwillingness to talk about the negotiations or even allow members of the mayor-appointed Boston Garden Impact Advisory Group participate in the talks has raised questions about what is happening behind closed doors.”

Additional information on the ‘compromise’ is available on the BBJ’s website.