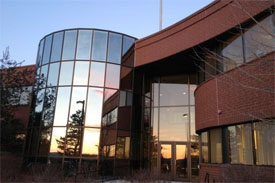 Where should you locate your company office?  Most groups I speak with are trying to provide an option that accommodates multiple solutions; easy access from public transportation, amenity rich environment, vibrant workforce and economically feasible.

This doesn’t mean that groups are flocking to the vacant office buildings on 495, but rather looking inside of 128 and more specifically within areas serviced by the Red Line.  New hotspots for the emerging tech firms are surrounding the Broadway T stop.  This caters to the young workforce residing in South Boston, the commuter coming in from Metro West combined with those either driving or relying on public transit from the South Shore.  This area is generally priced in the mid $20’s PSF unlike the Seaport which would price in the upper $30’s to low $40’s for a comparable Class B building.

“Some suburban companies are moving to Cambridge and there’s all the buzz about the Seaport District,” said Garry Holmes, president of R.W. Holmes Realty Co. in Wayland. “We’re also seeing the same people who worked at EMC and live in the suburbs launching startups. And they’re convinced the in-vogue thing to do for hiring is to have an office in Seaport. As a result, lots of those startups are bypassing the suburbs and it’s having an impact out here.”

The full article is available on the Boston Business Journal.