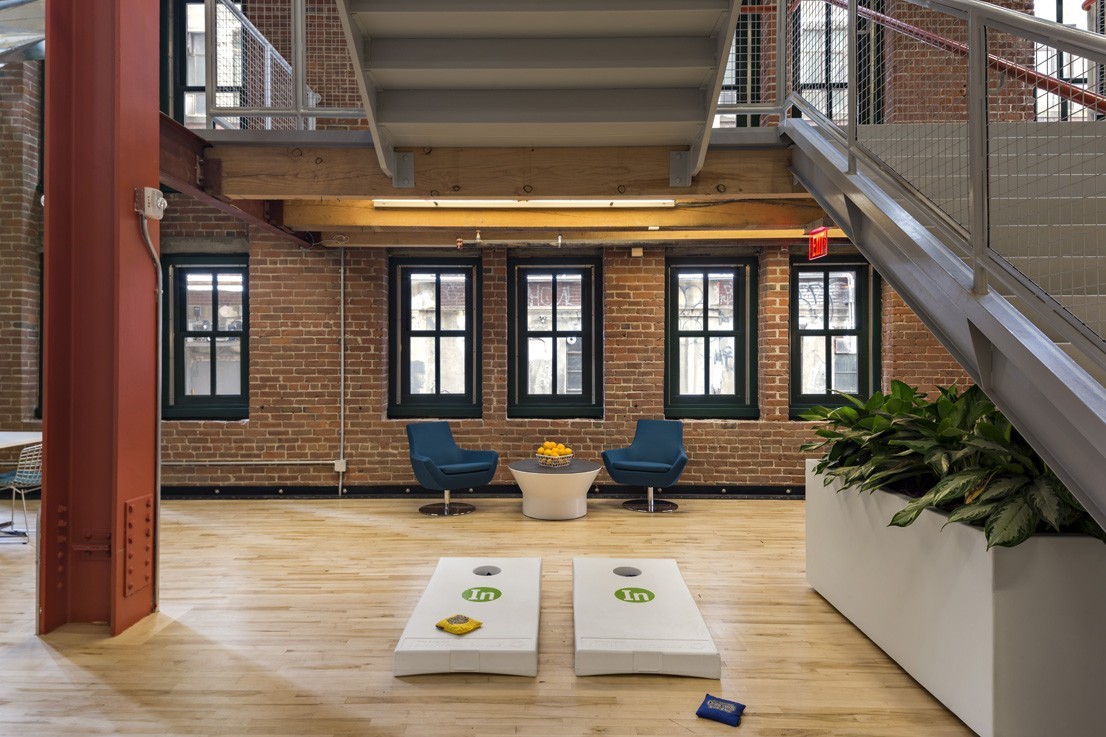 Six months ago, LogMeIn chief executive Bill Wagner never would have imagined he would hire his next chief financial officer without meeting him in person first. Wagner would have said that’s crazy.

Not anymore. Sure, we live in crazy times now. But some changes won’t be temporary. The ones playing out at LogMeIn, one of Boston’s biggest tech companies and a key player in the remote-work software business, illustrate just how different the office scene in Boston could be once this pandemic finally ends.

All 700-plus of Wagner’s Boston employees work remotely right now — like most of Boston’s white-collar workforce — and they will continue to do so until October. But some won’t ever return to LogMeIn’s headquarters. Only a small portion will work all five weekdays at the main offices along both sides of Summer Street in Fort Point.

How few? Wagner said he expects 20 percent to return five days a week after the pandemic is over. One in five. Let that sink in for a moment. Sure, many colleagues will come in less frequently, but others will be essentially remote workers all of the time. The breakdown won’t be known for months, probably not until a vaccine is widely available.

Wagner predicts LogMeIn’s corporate office will become more of a place for team meetings, training sessions, and similar get-togethers and less of a place where people dutifully show up every morning at 9 to grind out another workday.

Wagner said it’s far too early to know what this means for the 230,000 square feet LogMeIn leases in Fort Point — how much he’ll need, how it will be reconfigured. Even harder for Wagner to predict: What will happen to all the lunch places, bars, and other businesses that serve all the workers who used to arrive like clockwork?

This isn’t primarily about saving money, Wagner said, even though cost savings could be found. (A spokeswoman says some savings would be redeployed to help equip home offices.)

Instead, Wagner said he’s keen on letting employees work where they want to work. LogMeIn surveyed its 3,700 employees worldwide. About 3,200 responded. Of those, only 5 percent said they want to be in the office five days a week. People like the flexibility they have now, he said. They are sleeping and exercising more. And many say they are more productive now that they no longer spend hours commuting.

The shift also significantly widens the pool of talent available. Existing employees might be able to move to another state if they want. In fact, Wagner said his chief of staff, Chris Perrotti, plans to do exactly that: He is moving to his Vermont home. And new hires don’t need to move to Boston. They just need to be in the same time zone.

Case in point: the new chief financial officer. LogMeIn is expected to be acquired by summer’s end by two private equity firms, Francisco Partners and Evergreen Coast Capital, in a deal valued at $4.3 billion when it was announced in December. Wagner wanted someone with experience taking a company private to replace Ed Herdiech, whose retirement was announced last fall. Rich Veldran, the new CFO, fit the bill: He guided the financial information provider Dun & Bradstreet when that company went private.

LogMeIn’s interviews with Veldran were conducted remotely. Like many other CEOs, Wagner considers the chief financial officer to be the number two job, the top lieutenant. Veldran still lives in New Jersey. (He joined LogMeIn on June 15.) While Veldran may get an apartment in Boston, Wagner said he doesn’t expect his right-hand man to have to pick up and move here.

The increasing acceptance of remote work was already under way, Wagner said. COVID-19 just accelerated it. Companies are under pressure to reduce their carbon footprints, to shave real estate and travel expenses, and to hire more diverse workforces. Going remote can help accomplish all three goals.

Sure, Wagner is a bit biased here. He does, in fact, sell software geared specifically for this kind of transition: LastPass, join.me, the entire GoTo suite. Sales have surged through the pandemic, although LogMeIn did make some technology available for free to nonprofits and government agencies.

Executives at other white-collar companies are pondering similar questions. And some are acting.

The real estate brokerage Colliers reported that companies put nearly 900,000 square feet of office space in Boston on the sublease market for the first time in the second quarter. That’s the highest number since 2004 — when corporate giants Fleet and John Hancock were gobbled up within a 12-month time frame — and the third-highest of any quarter since 1990.

(Side note from Aaron Jodka of Colliers: With the exception of a 100,000-square-foot chunk of space opening up at Tripadvisor’s headquarters in Needham, Boston’s suburban office market seems stable right now.)

LogMeIn was a trendsetter back when it relocated from Woburn to Boston in 2013, as suburban companies decamped for the big city in the hunt for talent. It became a flagship member of the city’s Innovation District, the branding applied at the time to Fort Point and nearby environs in the Seaport. The following year, the company even secured $2.5 million in city tax breaks and nearly $1.1 million in state tax credits to help pay for an expansion there.

Now, LogMeIn might be leading a new kind of trend as it rethinks its corporate headquarters, and this one might have even bigger consequences for the Boston economy.