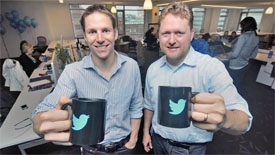 Where would you rather work?  Google, Microsoft or Amazon.  Have a look at the benefits each has in the Kendall office in East Cambridge.

Xconomy.com has provided an office space comparison of Google, Microsoft, and Amazon’s Kendall Square office space. The articles notes, “just about every West Coast tech company worth its salt has established a branch office in the [Kendall Square] neighborhood. But some are larger than others: the Twitter, Facebook, and Apple outposts remain relatively small, while Microsoft, Google, and Amazon have all established large footprints.”

For more specifics on the tech companies Cambridge offices, jump over to coverage on Xconomy.com.