Much time and energy is spent discussing property taxes in the city of Boston. I firmly believe if the city is offering any tax concession then they should track them and be accountable for giving them.  By no means should we stop them, rather let’s have a better understanding of how they’re used to benefit the greater good. 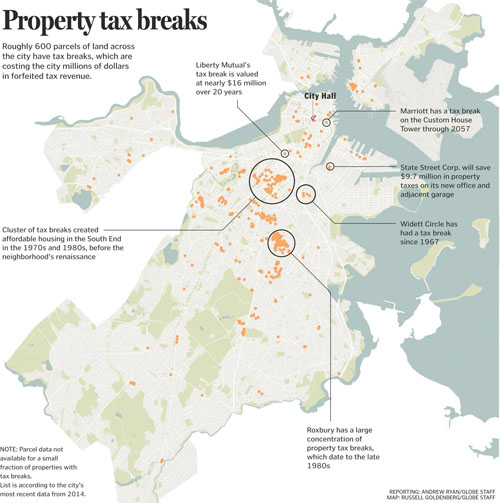 A Globe review found that city records are incomplete for most of the tax breaks the city awarded during the past four decades. It appears that only recently did the city begin to project how much deals would cost taxpayers.

City Hall could provide cost projections for only 10 major tax deals signed since 2008, totalling an estimated $78 million in lost tax revenue. These include the $9.7 million awarded for the new State Street Corp. office and adjacent garage on A Street, and $7.8 million for the bottom floors of a tower planned for land next to TD Garden.

After the Globe inquired about the city’s incomplete records, the Walsh administration pledged that it would keep better track of the costs of tax deals, almost all of which were signed by previous mayoral administrations.