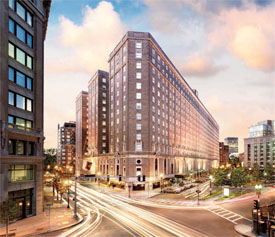 A Back Bay building at 50 Park Plaza has just gone through a $100M upgrade.  The 90 year old Boston Park Plaza Hotel has been brought up to today’s standards.

Patch.com lists out the on-site upgrades, including the following: