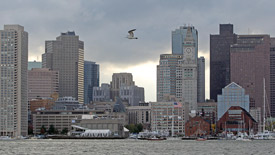 This is only part of the story. True, rental rates have risen, but the overall occupancy cost has risen even more than just the rental rates. In a rising market, like we are currently in, landlord’s contribute less in tenant improvement costs and offer much less rent abatement. This then translates into a higher occupancy cost. During a down market, a landlord could offer 125 percent of the first years rent to go improvements of the space, that number now could be 75 percent of the first years rent.

The Boston Herald’s analysis notes “office rents in Greater Boston grew at an even higher rate — 3.9 percent — primarily due to strong growth in Cambridge, downtown Boston and the northwest submarket, the report found. And rents may begin to rise at an even faster rate because employment levels in office jobs are reaching pre-recession levels.”