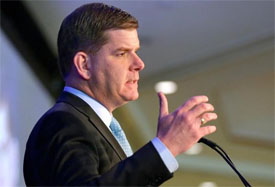 Do you work late for a startup?  Are you looking to be heard with respect to the cities plans to address a more vibrant late-night culture?  Call Mayor Walsh at City Hall and be heard.

“There isn’t a single representative from the sorts of small but promising companies that are streaming into Boston neighborhoods — such as the Seaport, the Leather District, and the Financial District — and that would be among the biggest beneficiaries, from a recruiting perspective, of Boston having better night-life….The task force thus may not actually represent the the interests of many of those located in the neighborhoods most likely to be the testing ground for the new late-night initiatives.”

The full article is available, here.