According to estimates from the Boston Globe, “Boston-area drivers spent an extra 64 hours in the car due to traffic in 2014, a new study found. During that time, they burned an extra 30 gallons of gas and also lost time they could have been productive. It added up to an estimated $1,388 lost per driver…Boston ranked as the sixth worst major metropolitan area for traffic congestion.” 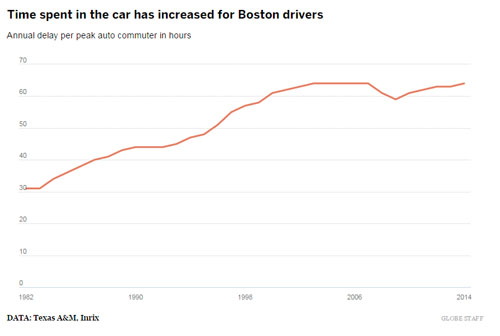