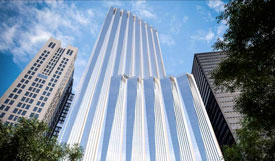 Winthrop Square tower is being positioned as the last development to cast a shadow.

According to the Boston Globe, “the Walsh administration is willing to write tougher rules restricting the size of shadows that new buildings can cast on Boston Common, as long as there’s an exemption for Winthrop Square, said Brian Golden, director of the Boston Planning & Development Agency. That could effectively cap the height of future buildings in parts of Downtown Crossing.”

Additional details on the proposed skyscraper in Winthrop Square are available on the Boston Globe.