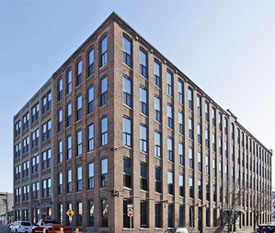 The most expensive office market in Boston is Back Bay. Not surprising. The surprising piece of news is the Seaport and Innovation District is the second most expensive office market in Boston, edging out the Financial District by over a $1.00 PSF.  So the value play is the Class A low rise and Class B within the Financial District.

“‘For the first time in at least the last seven quarters if not ever, average asking rents in Boston’s burgeoning Seaport District have surpassed asking rents in the city’s Financial District, according to new data from real estate brokerage Jones Lang LaSalle,’ published on the BBJ. “The highest rate of year-over-year rent growth was in the Seaport District, where landlords were asking 24.7 percent more in the third quarter of 2014 than during the third quarter of 2013.”

Additional details on the market discrepancy are available in the full Boston Business Journal article.