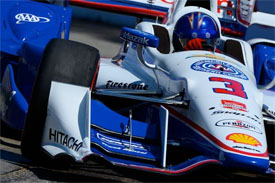 This is a great venue for our city and should move forward.  The impact is minor and the venue is only over a weekend, while the benefit extends our city to a new audience.

According to Boston.com, “Residents at a Seaport condo building want Boston to nix a planned IndyCar race in the neighborhood next Labor Day weekend, and sent a letter to Mayor Marty Walsh Tuesday detailing their problems with the event…It argues against the race series on several fronts, including: a lack of public input or meetings prior to the announcement of the race; concerns about noise, traffic, safety, the environment, and access to the condo building; legal claims arguing state law bars street racing and that the use of the roadways should have been put out to public bid; the possibility that the city will be on the hook to pick up some related costs; and more.”

You can read the full article on Boston.com