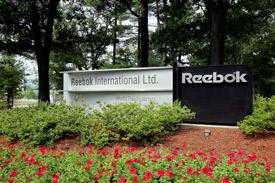 Another major corporate tenant is on the move to Boston. Reebok will surrender is corporate campus life in Canton for a vibrant urban feel.

Reebok, the athletic shoe and apparel company, plans to shift about 700 employees from Canton to a new headquarters in the city…Reebok president Matt O’Toole said the company is still reviewing a few sites in Boston, all in existing buildings and accessible to southern suburbs and mass transit.

O’Toole cited two reasons for the move. Adidas wants to “clarify the roles” of its offices in the United States. And Reebok wants to be in a vibrant urban area where millennials are eager to work and live. The average age of Reebok employees in Canton is under 30, and many live in Boston already, he said.