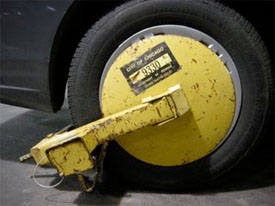 Information is power, but the Mayor’s office has shut down Haystack in the city of Boston.

Eric Meyer, CEO of the Baltimore-based company, offered a statement in reaction to the vote, which was posted on the BBJ:

“Although we think that Ordinance 1310 should not apply to Haystack (as Haystack does not sell, lease or reserve public parking spots), it seems clear to us that City Council has passed Ordinance 1310, at least in part, to challenge and end Haystack service in the City of Boston. We believe that taking actions against new ideas and passing legislation based upon hypothetical concerns that have not materialized in the actual implementation of the Haystack app is premature and does nothing to help solve Boston’s acknowledged parking issues. The passage of this ordinance is a step in the wrong direction for parking innovation, and for innovation of every kind. Nonetheless, it is our company’s mission to solve parking issues collaboratively. Accordingly, Haystack will suspend service in Boston this week until further notice in the hopes of engaging with the Office of New Urban Mechanics and local lawmakers to identify a modified approach to parking issues that can be supported by City Hall.”