So, it is best described as office space between Starbucks and any number of the temporary groups that provide contractual services for office space.  Breather is space for only when you need it.  Imagine that you are interviewing a person that will be replacing a person on your team.  The last thing you would want to do is have that meeting internally, you could go to Starbucks, but you might get seen by a coworker.  Now come breather, have a meeting in a private space within close proximately to your office and schedule the space for 30 minutes.  Best of all, its done from your phone.  Boston Realty Advisors has been assisting Breather find new spots in the city. 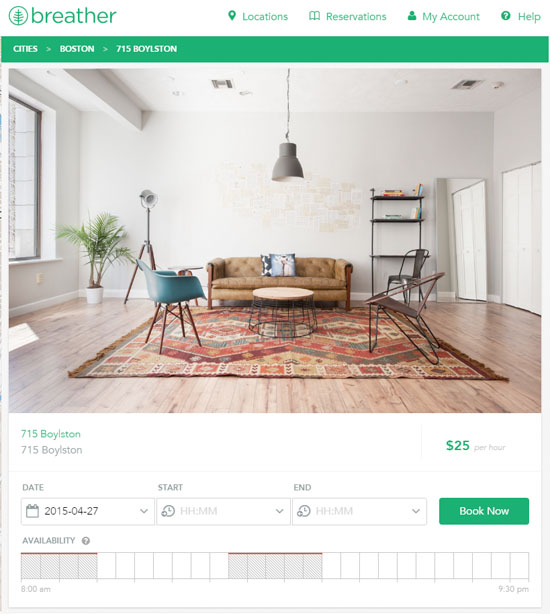 Bostonians will now have access to five private spaces in the Back Bay and Cambridge area with a tap of their phones, with [Breather] locations that include: 715 Boylston St., two spaces at 36 Gloucester Street, and two spaces at 1158 Mass. Ave. in Harvard Square.