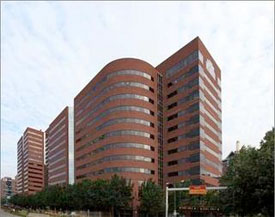 Changes in real estate keep coming, now MIT is elaborating on its plans for 1 Main Street in Kendall.

According to the Boston Globe, “University officials this week presented additional details of their plan for a reimagined Main Street, with new towers, wider sidewalks, welcoming open spaces, and clear signals to visitors that they have landed at MIT and in Kendall Square. The presentation before the city’s Planning Board on Tuesday night provided an overview of the $1.2 billion redevelopment project, which calls for converting six parking lots into offices, research space, hundreds of units of housing, and more than 100,000 square feet of retail. The six new buildings near Main would rise up to 300 feet tall.” The Globe article further explains, “City planners were largely supportive of MIT’s plan, though in a memo they expressed concern about “the scale and bulk” of some of the proposed buildings, warning that they might overwhelm pedestrians. Several members of the Planning Board agreed that the buildings appeared too imposing; some also called for more middle-class housing. But the board did certify that the plan met zoning and design guidelines.”