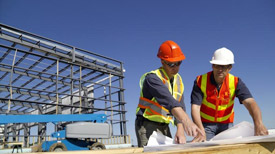 “Make it in Massachusetts”  Our economy is strong, companies are hiring, and we have achieved a new low; the lowest unemployment rate since 2001.

According to the BBJ, “Massachusetts’ total unemployment rate dropped to 3.9 percent in August from the previous month’s 4.1 percent — a new low that hasn’t been seen since 2001 — according to the state…Preliminary estimates showed the state gained 5,900 jobs over the month, the Executive Office of Labor and Workforce Development reported.”