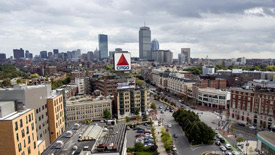 What are we know for in Massachusetts? Innovative ideas. Among our peers, Massachusetts ranks number one. Why is that, well a number of reasons; we have:

According to Bloomberg, California scored behind Massachusetts, “which gained ground by churning out more science and engineering graduates and producing jobs in those industries even though it had less technology company density than in 2015,” according to the data compiled by Bloomberg.