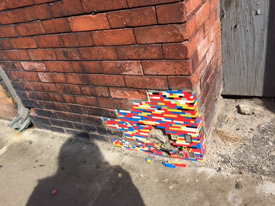 Lego is amazing and I used it as a kid and my kids now use it. It has evolved in so many ways and I never figured I would work a few blocks for their office which is now located at 501 Boylston Street in Boston Back Bay.