Commute times on public transportation versus diving can vary greatly if you depart at the exact time into Boston.  Commuters that depart early regardless of public or private can reduce their commuting time.  I live west of Boston and ride in on the Pike, if I hit the Weston tolls by 6:05 AM my ride door to door is 26 minutes.  If I hit the tolls by 8:15 I can plan on an hour +/-. 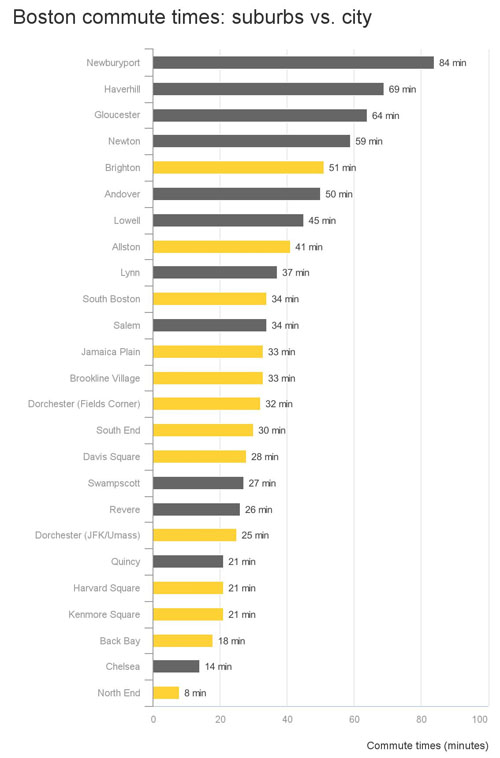 According to a Boston.com article, “Constantine Valhouli, the cofounder of NeighborhoodX, a neighborhood-specific reporting and data startup, compiled the commuting information by measuring the time it takes to get from each town to North Station. He found each of the commute times via a Google query between 8:00 a.m. and 9:00 a.m. and used the longest of the available transportation options, to get a more conservative estimate. Hoping to understand the relationship between location and price, Valhouli found there are places in Boston that often get overlooked…Some places he mentioned were Chelsea, which held the second fastest commute time to North Station behind the North End, at 14 minutes, Quincy at 21 minutes, and Revere at 26 minutes. was built between 1802 and 1804 and was designed by Boston’s famous architect, Charles Bulfinch. It is now called St. Stephen’s Church.”

You can read the full article on Boston.com.