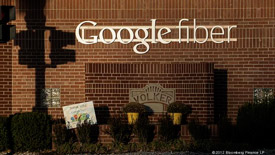 Looking for hi-speed internet access in Boston and hoping to compare two providers?  Well you can now Google it, and then hire Google.

Google Fiber agreed to acquire a company called Webpass, an internet service provider based in San Francisco that already serves Boston, Miami and Chicago, among other cities. ..Webpass, which offers residential internet service for $60 per month, says it has tens of thousands of customers across five major markets in the U.S. Google’s service is $70 per month, according to its website.