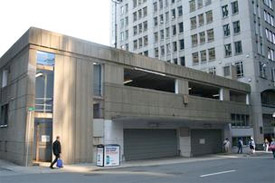 Round two for the proposed tallest building in Boston; the BRA might be offering the 47,738 square-foot parcel up for sale. The market rents in Class A Financial District buildings continue to move up as vacancy rates continue to drop.

According to the BBJ, “Mayor Thomas M. Menino, who had previously sought proposals to build a 1,000-foot tower with 1.3 million square feet of office space at the Winthrop Street Garage site on Devonshire Street between Winthrop Square and Federal Street, confirmed the BRA’s plan to seek a developer for the 47,738-square-foot parcel.”

Additional details can be found on the Boston Business Journal’s article, Menino Tower to get Second Chance