The office market in East Cambridge is one of the hottest in the country. Rental rates have increase by 15 – 20 percent in the last twelve months alone and don’t show any sign of letting up. 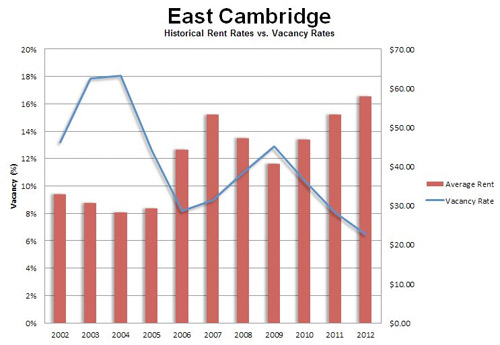 At the CBA Event; Cambridge Looking Behind the Deals a question was asked, “Why don’t tenants look in alternate submarkets?”  The answer, “Because that’s where Harvard and MIT are.”  Truth be told, groups like Twitter, Microsoft and Google want to be there and can afford to be.  Those that get squeezed out are the real startups.