This is a very interesting idea.  I would love to see the results and read the texters’ suggestions; I imagine they would likely differ from the residents of the community.  Either way, a great reach out program. 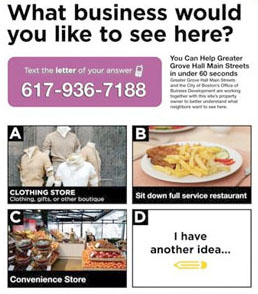 According to Boston.com, city officials are looking to use crowdsourcing to “help reduce the number and duration of business vacancies, increase community involvement, and promote innovation, according to municipal workers spearheading the pilot program.” 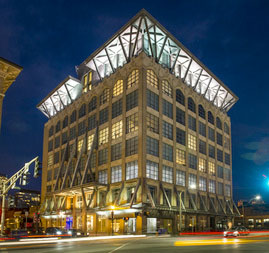 We’re using our Twitter feed (@bradviors) to garner opinions on what you’d like to see occupy 360 Newbury Street.

You can see the responses here: 360 Newbury Street