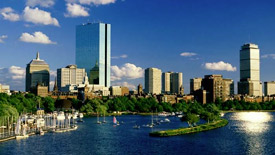 What does Boston offer that no other city does?  The largest paychecks. Boston outpaces NYC and San Francisco based on a recent report published by Indeed, quoting average salaries for software developers.

Boston software developers earn an average annual salary of $95,047, higher than any other tech hub in the country, according to the 2016 Tech Salary Report published last week by job search firm Indeed.

The position is the only tech role where a city in the northeastern U.S. places first, according to Indeed. Boston outpays New York City, where software developers earn an average salary of $88,581, and San Francisco, where they earn $81,502.