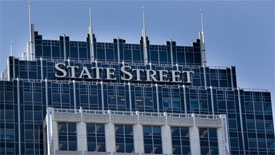 Where should corporate branding start and stop?  We have seen the T embrace corporate visibility, moving throughout the city, but do you want to see it on the top of all Boston Buildings?  I would be in favor of branding on a case-by-case basis, but not across the board.

Banker & Tradesman reports, “financial services giant State Street Corp. was allowed to hang a high-profile shingle atop its 36-story One Lincoln St. headquarters in 2003 and its One Channel Center office complex that opened this past June in South Boston. So, too, was prized biotech recruit Vertex Pharmaceuticals after it moved from Cambridge to anchor Boston’s Innovation District in 2013, and Converse Inc. as it nears completion of its new headquarters at Lovejoy Wharf.”

B&T also includes a quote from Mayor Walsh, offering his perspective on Boston buildings brandishing corporate logos: “if we’re going to have companies invest significant numbers of people in a particular area and take a large portion of the building, I have no problem with them putting a name on a side of the building.”