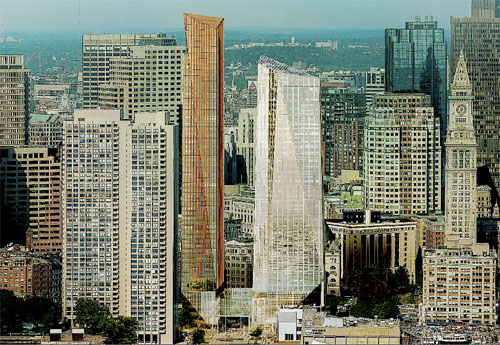 How many towers can the 1.3 acre site on the waterfront support?

“‘They told us that being allowed to build that much would be considered a valuable business opportunity by any experienced developer,’ Lee Kozol, chair of the Harbor Towers Garage committee, said in a statement. The economic analysis has been submitted to the Boston Redevelopment Authority, which is reviewing conceptual plans for the project…for the project to go forward in its current form, the BRA would have to waive maximum height and minimum open space limits for waterfront developments.”