Boston will be home to two 4 Season’s hotels when Carpenter is done with the 58-story project on Dalton Street. 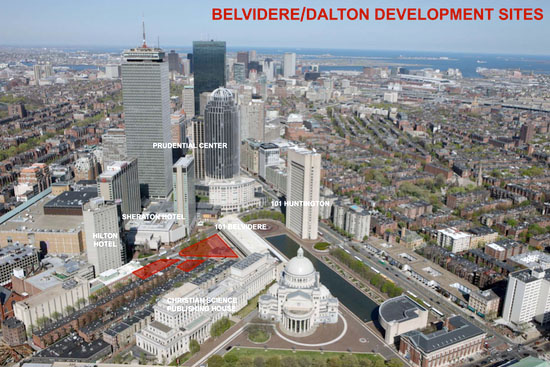 Lot 1A is set to be the site of a 58-story tower with a hotel and restaurant as well as apartments, with open space planned for Lot 1B, according to documents filed with the Boston Redevelopment Authority in September 2013…a mid-rise tower is also planned on an adjacent parcel at 30 Dalton St., which an entity of Pritzger Realty Group of Chicago acquired in October for $21.9 million.